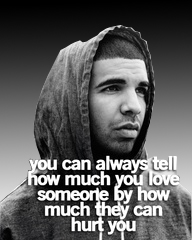 From the comfort of their plush offices and five to six figure salaries, self-appointed NGO’s often denounce child labor as their employees rush from one five star hotel to another, $3000 subnotebooks and PDA’s in hand. The hairsplitting distinction made by the ILO between “child work” and “child labor” conveniently targets impoverished countries while letting its budget contributors – the developed ones – off-the-hook.

Reports regarding child labor surface periodically. Children crawling in mines, faces ashen, body deformed. The agile fingers of famished infants weaving soccer balls for their more privileged counterparts in the USA. Tiny figures huddled in sweatshops, toiling in unspeakable conditions. It is all heart-rending and it gave rise to a veritable not-so-cottage industry of activists, commentators, legal eagles, scholars, and opportunistically sympathetic politicians.

Ask the denizens of Thailand, sub-Saharan Africa, Brazil, or Morocco and they will tell you how they regard this altruistic hyperactivity – with suspicion and resentment. Underneath the compelling arguments lurks an agenda of trade protectionism, they wholeheartedly believe. Stringent – and expensive – labor and environmental provisions in international treaties may well be a ploy to fend off imports based on cheap labor and the competition they wreak on well-ensconced domestic industries and their political stooges.

This is especially galling since the sanctimonious West has amassed its wealth on the broken backs of slaves and kids. The 1900 census in the USA found that 18 percent of all children – almost two million in all – were gainfully employed. The Supreme Court ruled unconstitutional laws banning child labor as late as 1916. This decision was overturned only in 1941.

The GAO published a report last week in which it criticized the Labor Department for paying insufficient attention to working conditions in manufacturing and mining in the USA, where many children are still employed. The Bureau of Labor Statistics pegs the number of working children between the ages of 15-17 in the USA at 3.7 million. One in 16 of these worked in factories and construction. More than 600 teens died of work-related accidents in the last ten years.

Child labor – let alone child prostitution, child soldiers, and child slavery – are phenomena best avoided. But they cannot and should not be tackled in isolation. Nor should underage labor be subjected to blanket castigation. Working in the gold mines or fisheries of the Philippines is hardly comparable to waiting on tables in a Nigerian or, for that matter, American restaurant.

There are gradations and hues of child labor. That children should not be exposed to hazardous conditions, long working hours, used as means of payment, physically punished, or serve as sex slaves is commonly agreed. That they should not help their parents plant and harvest may be more debatable.

As Miriam Wasserman observes in “Eliminating Child Labor”, published in the Federal Bank of Boston’s “Regional Review”, second quarter of 2000, it depends on “family income, education policy, production technologies, and cultural norms.” About a quarter of children under-14 throughout the world are regular workers. This statistic masks vast disparities between regions like Africa (42 percent) and Latin America (17 percent).

In many impoverished locales, child labor is all that stands between the family unit and all-pervasive, life threatening, destitution. Child labor declines markedly as income per capita grows. To deprive these bread-earners of the opportunity to lift themselves and their families incrementally above malnutrition, disease, and famine – is an apex of immoral hypocrisy.

Quoted by “The Economist”, a representative of the much decried Ecuador Banana Growers Association and Ecuador’s Labor Minister, summed up the dilemma neatly: “Just because they are under age doesn’t mean we should reject them, they have a right to survive. You can’t just say they can’t work, you have to provide alternatives.”

Regrettably, the debate is so laden with emotions and self-serving arguments that the facts are often overlooked.

The outcry against soccer balls stitched by children in Pakistan led to the relocation of workshops ran by Nike and Reebok. Thousands lost their jobs, including countless women and 7000 of their progeny. The average family income – anyhow meager – fell by 20 percent. Economists Drusilla Brown, Alan Deardorif, and Robert Stern observe wryly:

“While Baden Sports can quite credibly claim that their soccer balls are not sewn by children, the relocation of their production facility undoubtedly did nothing for their former child workers and their families.”

“Stopping child labor without doing anything else could leave children worse off. If they are working out of necessity, as most are, stopping them could force them into prostitution or other employment with greater personal dangers. The most important thing is that they be in school and receive the education to help them leave poverty.”

Contrary to hype, three quarters of all children work in agriculture and with their families. Less than 1 percent work in mining and another 2 percent in construction. Most of the rest work in retail outlets and services, including “personal services” – a euphemism for prostitution. UNICEF and the ILO are in the throes of establishing school networks for child laborers and providing their parents with alternative employment.

But this is a drop in the sea of neglect. Poor countries rarely proffer education on a regular basis to more than two thirds of their eligible school-age children. This is especially true in rural areas where child labor is a widespread blight. Education – especially for women – is considered an unaffordable luxury by many hard-pressed parents. In many cultures, work is still considered to be indispensable in shaping the child’s morality and strength of character and in teaching him or her a trade.

“In Africa children are generally treated as mini-adults; from an early age every child will have tasks to perform in the home, such as sweeping or fetching water. It is also common to see children working in shops or on the streets. Poor families will often send a child to a richer relation as a housemaid or houseboy, in the hope that he will get an education.”

A solution recently gaining steam is to provide families in poor countries with access to loans secured by the future earnings of their educated offspring. The idea – first proposed by Jean-Marie Baland of the University of Namur and James A. Robinson of the University of California at Berkeley – has now permeated the mainstream.

Even the World Bank has contributed a few studies, notably, in June, “Child Labor: The Role of Income Variability and Access to Credit Across Countries” authored by Rajeev Dehejia of the NBER and Roberta Gatti of the Bank’s Development Research Group.

Abusive child labor is abhorrent and should be banned and eradicated. All other forms should be phased out gradually. Developing countries already produce millions of unemployable graduates a year – 100,000 in Morocco alone. Unemployment is rife and reaches, in certain countries – such as Macedonia – more than one third of the workforce. Children at work may be harshly treated by their supervisors but at least they are kept off the far more menacing streets. Some kids even end up with a skill and are rendered employable.