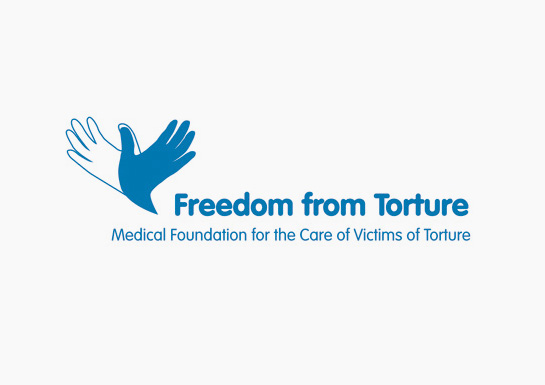 On January 16, 2003, the European Court of Human Rights agreed – more than two years after the applications have been filed – to hear six cases filed by Chechens against Russia. The claimants accuse the Russian military of torture and indiscriminate killings. The Court has ruled in the past against the Russian Federation and awarded assorted plaintiffs thousands of euros per case in compensation.

As awareness of human rights increased, as their definition expanded and as new, often authoritarian polities, resorted to torture and repression – human rights advocates and non-governmental organizations proliferated. It has become a business in its own right: lawyers, consultants, psychologists, therapists, law enforcement agencies, scholars and pundits tirelessly peddle books, seminars, conferences, therapy sessions for victims, court appearances and other services.

In June 2001, the International Labor Rights Fund filed a lawsuit on behalf of 11 villagers against the American oil behemoth, ExxonMobile, for “abetting” abuses in Aceh, Indonesia. They alleged that the company provided the army with equipment for digging mass graves and helped in the construction of interrogation and torture centers.

Charges were leveled against Unocal in Myanmar and dozens of other multinationals. In September 2002, Berger & Montague filed a class action complaint against Royal Dutch Petroleum and Shell Transport. The oil giants are charged with “purchasing ammunition and using … helicopters and boats and providing logistical support for ‘Operation Restore Order in Ogoniland'” which was designed, according to the law firm, to “terrorize the civilian population into ending peaceful protests against Shell’s environmentally unsound oil exploration and extraction activities”.

The defendants in all these court cases strongly deny any wrongdoing.

But this is merely one facet of the torture business.

Torture implements are produced – mostly in the West – and sold openly, frequently to nasty regimes in developing countries and even through the Internet. Hi-tech devices abound: sophisticated electroconvulsive stun guns, painful restraints, truth serums, chemicals such as pepper gas. Export licensing is universally minimal and non-intrusive and completely ignores the technical specifications of the goods (for instance, whether they could be lethal, or merely inflict pain).

Many torture implements pass through “off-shore” supply networks in Austria, Canada, Indonesia, Kuwait, Lebanon, Lithuania, Macedonia, Albania, Russia, Israel, the Philippines, Romania and Turkey. This helps European Union based companies circumvent legal bans at home. The US government has traditionally turned a blind eye to the international trading of such gadgets.

American high-voltage electro-shock stun shields turned up in Turkey, stun guns in Indonesia, and electro-shock batons and shields, and dart-firing taser guns in torture-prone Saudi Arabia. American firms are the dominant manufacturers of stun belts. Explains Dennis Kaufman, President of Stun Tech Inc, a US manufacturer of this innovation: ”Electricity speaks every language known to man. No translation necessary. Everybody is afraid of electricity, and rightfully so.” (Quoted by Amnesty International).

The Omega Foundation and Amnesty claim that 49 US companies are also major suppliers of mechanical restraints, including leg-irons and thumbcuffs. But they are not alone. Other suppliers are found in Germany (8), France (5), China (3), Taiwan (3), South Africa (2), Spain (2), the UK (2) and South Korea (1).

Not surprisingly, the Commerce Department doesn’t keep tab on this category of exports.

Nor is the money sloshing around negligible. Records kept under the export control commodity number A985 show that Saudi Arabia alone spent in the United States more than $1 million a year between 1997-2000 merely on stun guns. Venezuela’s bill for shock batons and such reached $3.7 million in the same period. Other clients included Hong Kong, Taiwan, Mexico and – surprisingly – Bulgaria. Egypt’s notoriously brutal services – already well-equipped – spent a mere $40,000.

The United States is not the only culprit. The European Commission, according to an Amnesty International report titled “Stopping the Torture Trade” and published in 2001:

“Gave a quality award to a Taiwanese electro-shock baton, but when challenged could not cite evidence as to independent safety tests for such a baton or whether member states of the European Union (EU) had been consulted. Most EU states have banned the use of such weapons at home, but French and German companies are still allowed to supply them to other countries.”

Torture expertise is widely proffered by former soldiers, agents of the security services made redundant, retired policemen and even rogue medical doctors. China, Israel, South Africa, France, Russia, the United kingdom and the United States are founts of such useful knowledge and its propagators.

How rooted torture is was revealed in September 1996 when the US Department of Defense admitted that ”intelligence training manuals” were used in the Federally sponsored School of the Americas – one of 150 such facilities – between 1982 and 1991.The manuals, written in Spanish and used to train thousands of Latin American security agents, “advocated execution, torture, beatings and blackmail”, says Amnesty International.

Where there is demand there is supply. Rather than ignore the discomfiting subject, governments would do well to legalize and supervise it. Alan Dershowitz, a prominent American criminal defense attorney, proposed, in an op-ed article in the Los Angeles Times, published November 8, 2001, to legalize torture in extreme cases and to have judges issue “torture warrants”. This may be a radical departure from the human rights tradition of the civilized world. But dispensing export carefully reviewed licenses for dual-use implements is a different matter altogether – and long overdue.