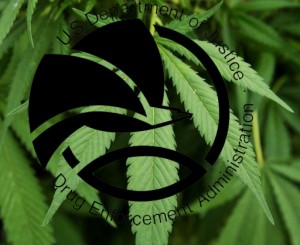 According to David McClintick (“Swordfish: A True Story of Ambition, Savagery, and Betrayal”), in the late 1980’s, the FBI and DEA set up dummy corporations to deal in drugs. They funneled into these corporate fronts money from drug-related asset seizures.

The idea was to infiltrate global crime networks but a lot of the money in “Operation Swordfish” may have ended up in the wrong pockets. Government agents and sheriffs got mysteriously and filthily rich and the whole sorry affair was wound down. The GAO reported more than $3.6 billion missing. This bit of history gave rise to at least one blockbuster with Oscar-winner Halle Berry.

The Kazakh prime minister, Imanghaliy Tasmaghambetov, freely admitted on April 4, 2002 to his country’s rubber-stamp parliament the existence of a $1 billion slush fund. The money was apparently skimmed off the proceeds of the opaque sale of the Tengiz oilfield. Remitting it to Kazakhstan – he expostulated with a poker face – would have fostered inflation. So, the country’s president, Nazarbaev, kept the funds abroad “for use in the event of either an economic crisis or a threat to Kazakhstan’s security”.

The money was used to pay off pension arrears in 1997 and to offset the pernicious effects of the 1998 devaluation of the Russian ruble. What was left was duly transferred to the $1.5 billion National Fund, the PM insisted. Alas, the original money in the Fund came entirely from another sale of oil assets to Chevron, thus casting in doubt the official version.

The National Fund was, indeed, augmented by a transfer or two from the slush fund – but at least one of these transfers occurred only 11 days after the damning revelations. Moreover, despite incontrovertible evidence to the contrary, the unfazed premier denied that his president possesses multi-million dollar bank accounts abroad.

He later rescinded this last bit of disinformation. The president, he said, has no bank accounts abroad but will promptly return all the money in these non-existent accounts to Kazakhstan. These vehemently denied accounts, he speculated, were set up by the president’s adversaries “for the purpose of compromising his name”.

On April 15, 2002 even the docile opposition had enough of this fuzzy logic. They established a People Oil’s Fund to monitor, henceforth, the regime’s financial shenanigans. By their calculations less than 7 percent of the income from the sale of hydrocarbon fuels (c. $4-5 billion annually) make it to the national budget.

Slush funds infect every corner of the globe, not only the more obscure and venal ones. Every secret service – from the Mossad to the CIA – operates outside the stated state budget. Slush funds are used to launder money, shower cronies with patronage, and bribe decision makers. In some countries, setting them up is a criminal offense, as per the 1990 Convention on Laundering, Search, Seizure, and Confiscation of the Proceeds from Crime. Other jurisdictions are more forgiving.

The Catholic Bishops Conference of Papua New Guinea and the Solomon Islands issued a press release November 2001 in which it welcomed the government’s plans to abolish slush funds. They described the poisonous effect of this practice:

“With a few notable exceptions, the practice of directing funds through politicians to district projects has been disastrous. It has created an atmosphere in which corruption is thought to have flourished. It has reduced the responsibility of public servants, without reducing their numbers or costs. It has been used to confuse people into believing public funds are the ‘property’ of individual members rather than the property of the people, honestly and fairly administered by the servants of the people.

The concept of ‘slush-funds’ has resulted in well-documented inefficiencies and failures. There were even accusations made that funds were withheld from certain members as a way of forcing them into submission. It seems that the era of the ‘slush funds’ has been a shameful period.”

But even is the most orderly and lawful administration, funds are liable to be mislaid. “The Economist” reported recently about a $10 billion class-action suit filed by native-Americans against the US government. The funds, supposed to be managed in trust since 1880 on behalf of half a million beneficiaries, were “either lost or stolen” according to officials.

Rob Gordon, the Director of the National Wilderness Institute accused “The US Interior Department (of) looting the special funds that were established to pay for wildlife conservation and squandering the money instead on questionable administrative expenses, slush funds and employee moving expenses”.

“The federal budget provides numerous slush funds that can be used to subsidize the lobbying and political activities of special-interest groups.”

High ranking Japanese officials, among others, may have received payments through this stealthy venue. Lee is alleged to have drawn $100,000 from the secret account in February 1999. The money was used to pay for the studies of a former Japanese Vice-Defense Minister Masahiro Akiyama’s at Harvard.

Ryutaro Hashimoto, the former Japanese prime minister, was implicated as a beneficiary of the fund. So were the prestigious lobbying firm, Cassidy and Associates and assorted assistant secretaries in the Bush administration.

John Bolton, erstwhile undersecretary of state for arms control and international security, admitted, during his confirmation hearings, to having received $30,000 to cover the costs of writing 3 research papers.

The Taiwanese government has yet to deny the news stories.

A Japanese foreign ministry official used slush fund money to finance the extra-marital activities of himself and many of his colleagues – often in posh hotel suites. But this was no exception. According to Asahi Shimbun, more than half of the 60 divisions of the ministry maintained similar funds. The police and the ministry are investigating. One arrest has been made. The ministry’s accounting division has discovered these corrupt practices twenty years before but kept mum.

Even low-level prefectural bureaucrats and teachers in Japan build up slush funds by faking business trips or padding invoices and receipts. Japanese citizens’ groups conservatively estimated that $20 million in travel and entertainment expenses in the prefectures in 1994 were faked, a practice known as “kara shutcho” (i.e., empty business trip).

Officials of the Hokkaido Board of Education admitted to the existence of a 100 million yen secret fund. In a resulting probe, 200 out of 286 schools were found to maintain their own slush funds. Some of the money was used to support friendly politicians.

But slush funds are not a sovereign prerogative. Multinationals, banks, corporation, religious organizations, political parties, and even NGO’s salt away some of their revenues and profits in undisclosed accounts, usually in off-shore havens.

Secret election campaign slush funds are a fixture in American politics. A 5-year old bill requires disclosure of donors to such funds but the House is busy loosening its provisions. “The Economist” listed in 2002 the tsunami of scandals that engulfs Germany, both its major political parties, many of the Lander and numerous highly placed and mid-level bureaucrats. Secret, mainly party, funds seem to be involved in the majority of these lurid affairs.

Italian firms made donations to political parties through slush funds, though corporate donations – providing they are transparent – are perfectly legal in Italy. Both the right and, to a lesser extent, the left in France are said to have managed enormous political slush funds.

President Chirac is accused of having abused for his personal pleasure, one such municipal fund in Paris, when he was its mayor. But the funds were mostly used to provide party activists with mock jobs. Corporations paid kickbacks to obtain public works or local building permits. Ostensibly, they were paying for sham “consultancy services”.

The epidemic hasn’t skipped even staid Ottawa. Its Chief Electoral Officer told Sun Media in September 2001 that he is “concerned” about millions stashed away by Liberal candidates. Sundry ministers who coveted the prime minister’s job, have raised funds covertly and probably illegally.

On April 11, 2002 UPI reported that Spain’s second-largest bank, Banco Bilbao Vizcaya Argentaria (BBVA), held nearly $200 million hidden in secret offshore accounts, “which were allegedly used to manipulate politicians, pay off the ‘revolutionary tax’ to ETA – the Basque terrorist organization – and open the door for business deals, according to news reports.”

The money may have gone to luminaries such as Venezuela’s Hugo Chavez, Peru’s Alberto Fujomori and Vladimiro Montesinos. The bank’s board members received fat, tax-free, “pensions” from the illegal accounts opened in 1987 – a total of more than $20 million.

Latin American drug money launderers – from Puerto Rico to Colombia – may have worked through these funds and the bank’s clandestine entities in the Cayman Islands and Jersey. The current Spanish Secretary of State for the Treasury has been the bank’s tax advisor between 1992-7.

The “Financial Times” reported in June 2000 that, in anticipation of new international measures to curb corruption, “leading European arms manufacturers” resorted to the creation of off-shore slush funds. The money is intended to bribe foreign officials to win tenders and contracts.

Kim Woo-chung, Daewoo’s former chairman, is at the center of a massive scandal involving dozens of his company’s executive, some of whom ended up in prison. He stands accused of diverting a whopping $20 billion to an overseas slush fund.

A mind boggling $10 billion were alleged to have been used to bribe Korean government officials and politicians. But his conduct and even the scale of the fraud he perpetrated may have been typical to Korea’s post-war incestuous relationship between politics and business.

In his paper “The Role of Slush Funds in the Preparation of Corruption Mechanisms”, reprinted by Transparency International, Gherardo Colombo defines corporate slush funds thus:

“Slush funds are obtained from a joint stock company’s finances, carefully managed so that the amounts involved do not appear on the balance sheet. They do not necessarily have to consist of money, but can also take the form of stocks and shares or other economically valuable goods (works of art, jewels, yachts, etc.) It is enough that they can be used without any particular difficulty or that they can be transferred to a third party.

If a fund is in the form of money, it is not even necessary to refer to it outside the company accounts, since it can appear in them in disguised form (the ‘accruals and deferrals’ heads are often resorted to for the purpose of hiding slush money). In light of this, it is not always correct to regard it as a reserve fund that is not accounted for in the books. Deception, trickery or forgery of various kinds are often resorted to for the purpose of setting up a slush fund.”

He mentions padded invoices, sham contracts, fictitious loans, interest accruing on holding accounts, back to back transactions with related entities (Enron) – all used to funnel money to the slush funds. Such funds are often set up to cover for illicit and illegal self-enrichment, embezzlement, or tax evasion.

Less known is the role of these furtive vehicles in financing unfair competitive practices, such as dumping. Clients, suppliers, and partners receive hidden rebates and subsidies that much increase the – unreported – real cost of production.

BBVA’s payments to ETA may have been a typical payment of protection fees. Both terrorists and organized crime put slush funds to bad use. They get paid from such funds – and maintain their own. Ransom payments to kidnappers often flow through these channels.

But slush funds are overwhelmingly used to bribe corrupt politicians. The fight against corruption has been titled against the recipients of illicit corporate largesse. But to succeed, well-meaning international bodies, such as the OECD’s FATF, must attack with equal zeal those who bribe. Every corrupt transaction is between a venal politician and an avaricious businessman. Pursuing the one while ignoring the other is self-defeating.