It’s always exciting to be able to publish good news in these economically turbulent times. Here at Market Shapers we are constantly scouring the news to keep ourselves updated on all thats happening in Business Process Outsourcing globally. 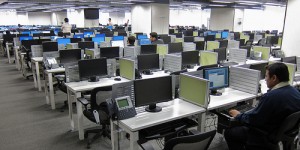 A business process outsourcing (BPO) complex that Filinvest Land Inc. plans to build in a province-owned lot in barangay Lahug is expected to create thousands of jobs in Cebu in the next couple of years.

Filinvest president Joseph Yao gave this job forecast after  yesterday’s signing of a build-transfer-operate agreement between Filinvest and the Capitol.

Yao said  more than a thousand jobs would be open for Cebuano applicants after  the first building of the BPO complex would be finished.

He said that the number of jobs generated would quadruple after four years and upon completion of its other buildings.

The planned BPO complex, which is a 10-story building will be built in a 1.2 hectare lot where the former Bagong Buhay Rehabilitation Center (BBRC) and the Cebu Center for Ultimate Rehabilation of Drug Dependents were located.

The development cost of the area is pegged at P1.7 billion.

The project will break ground on May 7 and is scheduled to be turned over to the Cebu provincial government after its completion on May 8, 2013.

Earlier this month, the Capitol gave the notice of award to Filinvest.

Garcia said that Filinvest would start paying the province P50 per square meter for the lot 60 days after the contract signing.

Garcia said that the Capitol was looking at a P600,000 monthly rental from Filinvest.

The development of the province-owned property will be under a build-transfer-operate scheme where the ownership of the lot stays with the Cebu provincial government.

On March 12, the Cebu Provincial Board approved the resolution authorizing Garcia to sign the agreement.

Garcia said that the  deal would mean that the Capitol would be maximizing the use of the province-owned lots.

She cited the 80-hectare lot of the Central Command (Centcom) or Camp Lapu-Lapu in barangay Apas, Cebu City.

She said that the Capitol was preparing the terms of reference to develop some parts of Centcom. /Correspondent Carmel Loise Matus…More at BPO complex expected to create more jobs – Inquirer.net

Well we’ll be keeping an eye out for future developments, but in the meantime stay tuned here for our own great job opportunities that we post regularly.